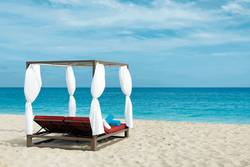 Feldkirchen bei Graz, 28 October 2019: Time flies when you’re in an airport! The winter flight timetable came into operation yesterday. Amongst other highlights for travellers using Graz Airport, it provides 130 scheduled flights per week, a large proportion of which are to major hub airports. New this winter will be some one-off charter flights to the Cape Verde islands, as well as an additional rotation to/from Munich.

130 scheduled flights per week open up the world to passengers flying from Graz
This impressive network of routes, with some 130 flights per week, the majority of which are to the major hub airports of Frankfurt, Vienna, Munich, Istanbul, Amsterdam and Zurich, offers excellent onward flight connections to other major international cities and exotic far-off destinations around the world.
The Graz - Munich route operated by Lufthansa and Air Dolomiti has one extra rotation, giving 34 flights in total.
And there is a change at the start of 2020 to the Frankfurt route: Lufthansa will take over operation from AUA of the busiest route to/from Graz, with 26 rotations per week, guaranteeing the continuing high quality of this connection.

Take off on holiday with a direct flight from Graz
There will be two direct flights per week throughout the season to Hurghada on the Red Sea.
New this winter are one-off charter flights to the Cape Verde islands of Boa Vista and Sal.
“The special flights to Boa Vista and Sal in the summer had such a good take-up that TUI has laid them on twice in the winter as well - a very pleasing development,” commented Gerhard Widmann. And of course, this winter’s flight timetable again includes flights to Geneva for the International Motor Show.

The online flight timetable
The 2019/2020 winter flight timetable, which will be valid until 28 March 2020, has been available online since late summer and is continuously updated.
https://www.flughafen-graz.at/en/flight/flight-and-travel-info/flight-schedule-winter.html

A preview of next year’s summer timetable is scheduled to be made available online shortly before Christmas. You can download a preliminary plan here:
https://www.flughafen-graz.at/fileadmin/user_upload/flugplan_Druck/Winterflugplan_2019_20.pdf

> SPAR refurbishment
The SPAR supermarket at Graz Airport is having a facelift and being extended at the same time.  The building work is taking place between 28 October and 28 November.
It will still be possible to shop there while building works, lasting approximately one month, are ongoing. This will initially be in the store itself; and from 4 November, a reduced number of products will be available for purchase in a temporary retail area in the departures hall (near to the airport information desk).
Normal opening times will apply.

> Domaines Kilger shop opened
The new wine and specialities shop "Domaines Kilger" recently opened its doors in the terminal. In addition to red, white and sparkling wines from Styria and Burgenland, the shop also sells various speciality meat products such as bison or venison sausage. Information on Domaines Kilger and its range of products can be found in the shop and online at
www.domaines-kilger.com.

> Coming soon: Bauer Distillery
The company Destillerie Franz Bauer GmbH will be opening a small and classy specialities shop at Graz Airport before the end of 2019.