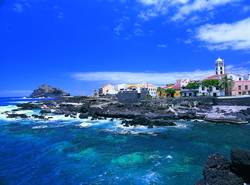 Start of the winter flight plan

At Graz Airport, the winter flight plan starts by tradition on the last Sunday in October.

Feldkirchen bei Graz, 23 Oct. 2014: The new winter flight plan scores with its strong network of scheduled and charter connections to warmer regions. The outlook for 2015 is already whetting appetites for next summer.

Visit cities and distant lands with scheduled flights
Great connections to the major air hubs Frankfurt, Vienna, Munich, Berlin and Zurich are the guarantee for virtually limitless connections around the world. Düsseldorf and Stuttgart are also regularly used for changing planes. “Around 130 flights a week take off from Graz for these hubs with an equal number of incoming Graz-bound flights”, Mag. Gerhard Widmann, CEO of Graz Airport said.

Holiday flights to hot climates
Most holiday and special flights in winter naturally head for the sun and hot climates. Tenerife, Hurghada and Sharm el Sheikh are continuously on the weekly flight schedule. Flights to Mallorca will be resumed in mid-February following a short winter break, just in time for the glorious almond blossom. Starting with two flights a week, the number of weekly departures will be gradually increased to six. Turkey also has a winter break: Weekly flights to Antalya continue through until the end of November and start up again at the beginning of March.
A star among the specials is the Gruber Reisen flight to Sal, one of the Cape Verde Islands. There are also flights to Marrakesh, Geneva and to Funchal on Madeira.

A first foretaste of summer:
Preparations for next summer are already well under way, if not quite concluded; around 50 destinations will again be accessible from Graz in 2015. Routes that are new, or back on the flight plan again are Marseille, Preveza/Lefkas, Malta, Porto and Stockholm. Bourgas on the Black Sea, back on the timetable again in 2014 following a longer break, has proved itself and will be continued in 2015 as a regular on the summer flight plan. New among the scheduled connections is a daily lunchtime flight with Swiss to Zurich.