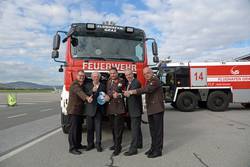 Feldkirchen bei Graz, 23/10/2015: “With apparatus including two state-of-the-art fire engines already in operation for aircraft firefighting, the new rescue firefighting vehicle was intended to enhance the building firefighting service”, explains Gerhard Widmann, Managing Director of Graz Airport. “The new engine is manoeuvrable and thus flexible and therefore not only the perfect addition to our fire brigade fleet but also brings increased safety!”

The new rescue firefighting vehicle was purchased as a replacement for an old engine, with great importance being attached to refinements and new qualities. The vehicle is thus designed primarily for fighting building fires and technical rescue operations, however it can of course be used for aircraft fire-fighting, too. Major advantages include the seven-man crew cabin and the breathing apparatus mounted in the seats so as to save firemen time putting the equipment on. 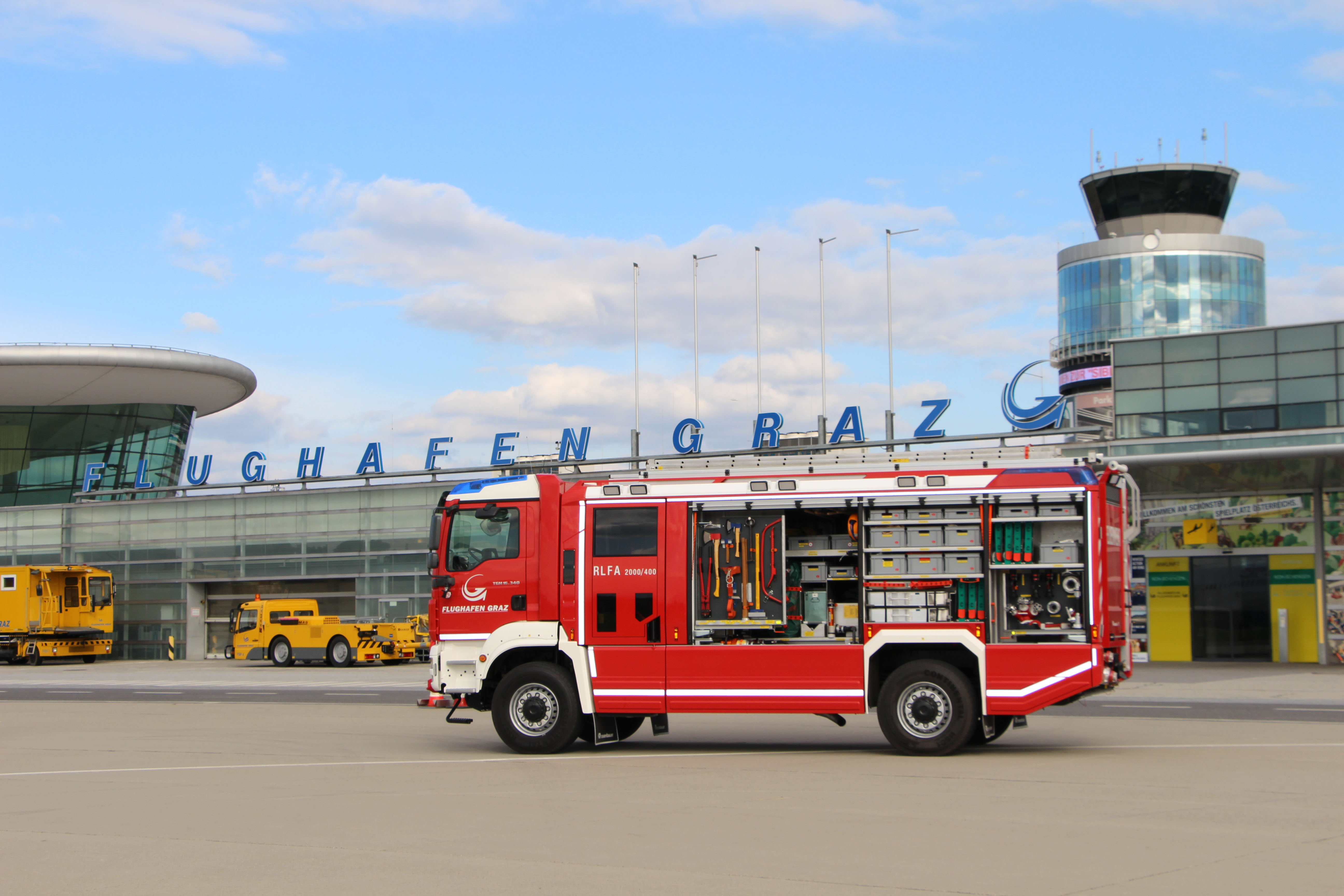