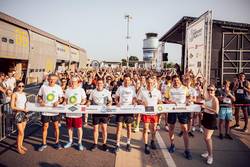 Feldkirchen bei Graz, 1 July 2022: The first major running event at Graz Airport was a hit not only for the athletes, but also for the Steirische Kinderkrebshilfe – because after the run they received a cheque for € 11,000.

Yesterday, at 7pm on the dot, the starting pistol for the first Graz Airport Run was fired for around 500 runners, who were highly motivated despite the heat. 177 women and 309 men enjoyed the special atmosphere along the route of around 5.8 kilometres.

“The Airport Run was something special for me in two respects”, commented Wolfgang Grimus, Managing Director of Graz Airport. “Firstly because it was the first time we have held an event of this kind at Graz Airport, and secondly because I also ran and was able to experience this special mood for myself from right up close”.

“This year’s Airport Run was a sort of trial run for us”, said Jürgen Löschnig, Managing Director of Graz Airport. “After the starting positions were allocated so quickly and the participants showed so much enthusiasm, we can well imagine that there will be a new edition next year!”

Because of the high temperatures, Graz Airport came up with something special for the runners: the airport fire service took up position near the running route with a fire truck, and provided refreshment with a hose.

Finally the tension increased once again after the run: attractive prizes beckoned the winners of each category, such as travel and hotel vouchers, high-quality goodie bags from Heinemann Duty Free and the Airport, or vouchers for a champagne brunch in the Globetrotter Restaurant at Graz Airport.
And lastly there was a draw among all the participants for two special prizes: an all-inclusive hotel stay for 2 people at a 4* Hotel including their flight from Graz to Egypt, and a 3-night hotel stay for two people in Grado.

After just 18 minuted and 35 seconds Georg Schrank ran past the finishing line, in front of Christian Hass and Christian Wilhelmer.
Among the ladies, Annabelle Mary Konczer secured first place with a time of 21:56 ahead of Katharina Ander and Julia Berger.


The results of the Graz Airport Run can be viewed here: www.airportrun.at 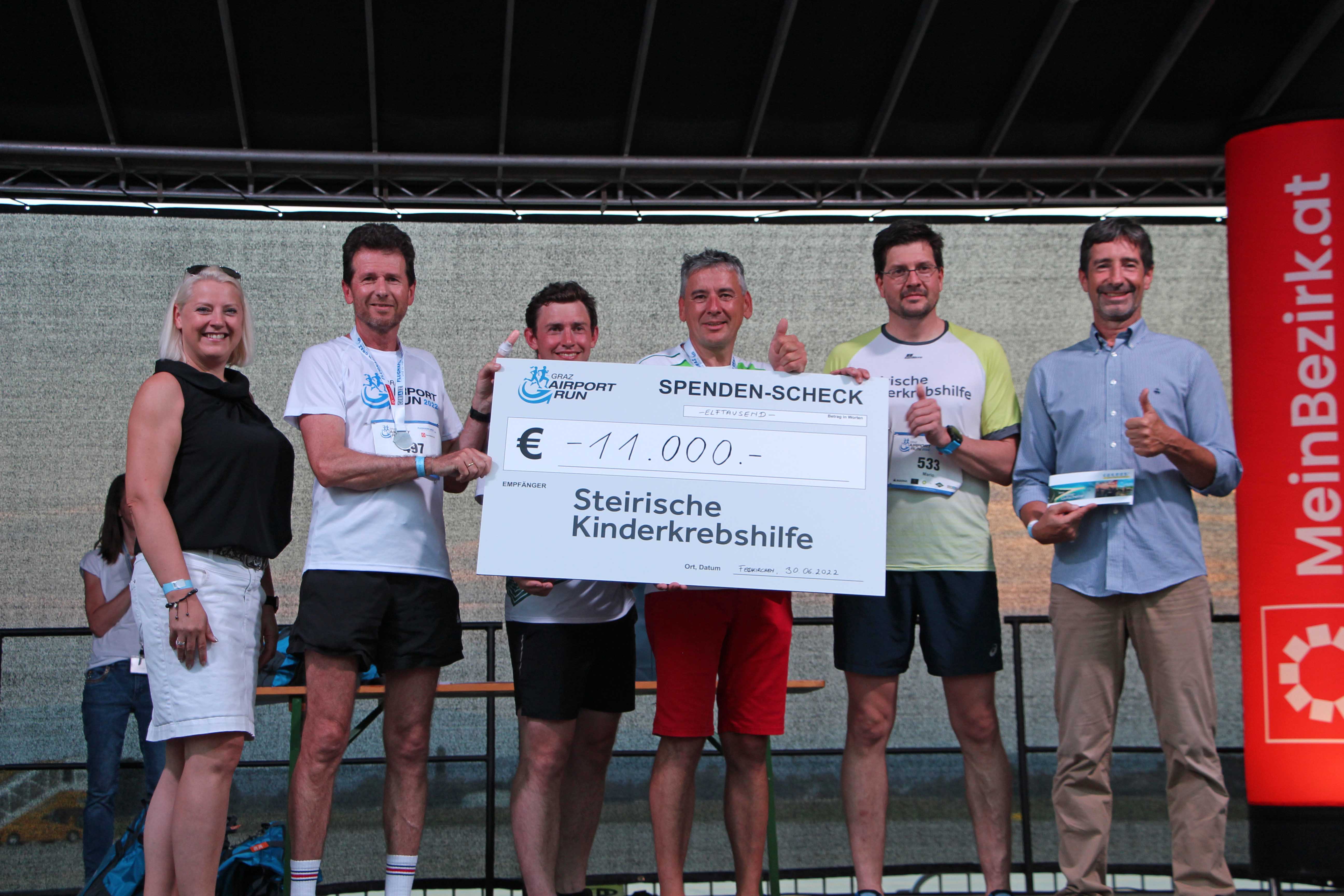 
<- Back to: Press releases