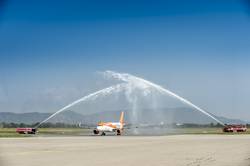 Feldkirchen bei Graz, 4 August 2018. easyJet, Europe's leading airline, today added the fifth Austrian airport to the route network with the maiden flight between Graz and Berlin-Tegel. With the start of the new connection, the route will be flown up to three times a week, so that every Tuesday, Thursday and Saturday the Airbus A319 and A320 will take off towards Berlin-Tegel. The frequency of flights will be increased from the end of October to four weekly connections (Mondays, Wednesdays, Fridays and Sundays) for the winter schedule. easyJet's new route offers both private and business travellers attractive flight connections with low prices from € 33.99*. easyJet expects to carry around 8,000 passengers on the new route this summer.

The new connections are part of the summer timetable for Austria and, together with the routes offered at Innsbruck, Klagenfurt, Salzburg and Vienna airports, easyJet will fly to a total of 25 destinations throughout Europe this summer. The website www.easyJet.com is available for flight bookings or further information.

"With the new connection between Graz and Berlin-Tegel, we are pleased to welcome Graz Airport into our route network and to offer even more choice to the approximately 1.5 million passengers who fly to and from Austria with easyJet each year. With flight three times a week in summer and the expansion of the route with the winter schedule, this new route will also bring a new influx of tourists to Styria.“

Mag. Siegfried Nagl, Mayor of the City of Graz: "Berlin is simply a great city and, together with Graz, is in the UNESCO Creative Cities Network. I'm glad that we can now reach Berlin at least once a day!"

"Our strategic objective was to have a low-cost carrier at Graz Airport. With easyJet's commitment, we have achieved an initial and very important step in this regard. The new Berlin connection also ensures that, in addition to the hubs previously connected to by airlines such as Lufthansa, Austrian, Turkish or KLM, Graz Airport now has a further connection for tourism and business in Styria," explains D.I. Wolfgang Malik, Chairman of the Board of Holding Graz.

"easyJet has become one of the largest and most important low-cost carriers in recent years," says Mag. Gerhard Widmann, Managing Director of Graz Airport. "I am therefore very pleased that we can now welcome this airline to Graz after several years of negotiations and hope for a long and prosperous cooperation". 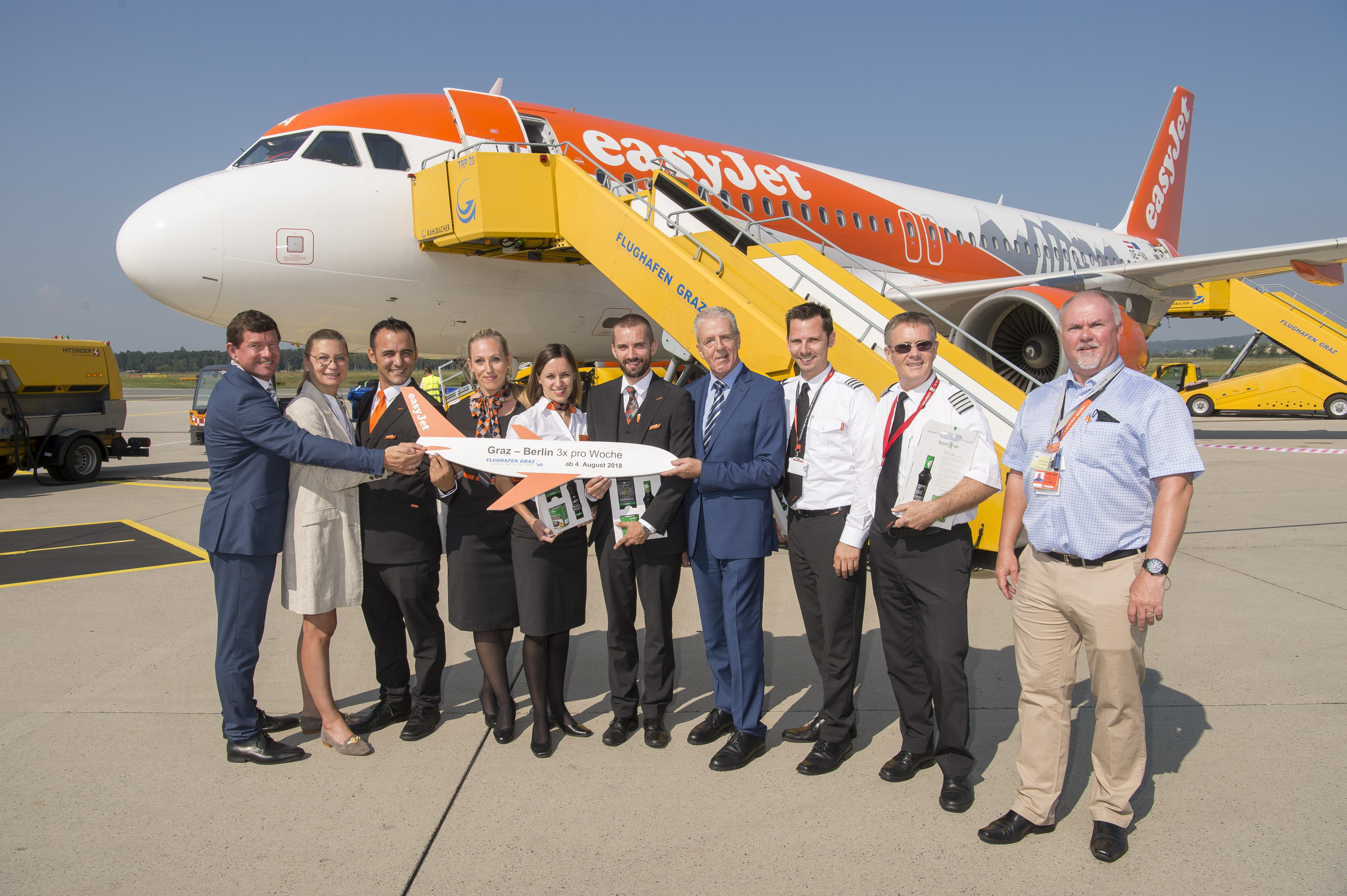 * Prices per person including taxes and administrative and credit card fees. One-way based on two passengers travelling with the same booking. Period of travel: 04/08/18-24/03/19.

easyJet controls more of the most popular European routes than any other airline. Every year more than 82 million passengers fly with easyJet, and over 13 million of them are business travellers. easyJet has a fleet of 308 aircraft on more than 1000 routes between 156 airports in 33 countries. Over 300 million Europeans live less than an hour's drive from an easyJet airport.

easyJet sees itself as a responsible and sustainable company that employs its staff in eight countries across Europe with local employment contracts pursuant to national regulations and with trade union recognition. The airline supports a variety of local charities and also maintains a partnership with UNICEF, which has raised over GBP 10 million for vulnerable children since its inception in 2012.

easyJet takes sustainability seriously. The airline invests in the latest technology, relies on efficient operation and flies with high seat occupancy. For example, CO2 emissions per passenger are 22 percent lower than with traditional airlines travelling the same distance on the same aircraft.

Innovation flows through easyJet's veins - from the launch 20 years ago, when easyJet revolutionised air traffic, to today where we are leaders in digitisation, web, engineering and operational innovation, making travel even easier for our passengers and more affordable.