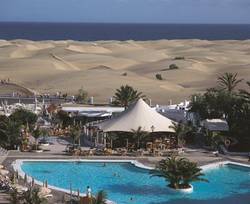 The convenient transfer connections remain unchanged in winter; and there are direct flights to Gran Canaria and Tenerife.

Feldkirchen bei Graz, 10 October 2011: The winter flight schedule at Graz Airport applies from the last Sunday in October. The most important facts first: Some 80 flights a week take passengers to the major transfer hubs of Frankfurt, Vienna and Munich – a great asset for a regional airport!

As far as scheduled flights go, five flights a week will again be offered by Air Berlin to Berlin. Berlin is, of course, not only a great city but also a major transfer hub from where Air Berlin flies on to many destinations in Central and Northern Europe as well as to – among other destinations – Dubai in winter!

The last flight from Graz to Palma de Mallorca after summer will take off in mid-November. Then there will be a short interruption in flight connections to Palma, but as from mid-February they will be resumed with four flights a week. And next summer, the number of flights will, of course, be increased again. Palma will in any case remain a great place for an onward transfer to many other destinations on the Iberian peninsula throughout the winter too. Also on the scheduled flight plan are: Stuttgart (13x a week), Dusseldorf (11x a week), Friedrichshafen (4x a week) and London/Stansted (3x a week plus special flights around Christmas time and New Year).

Holiday flights take passengers between one and several times a week to Antalya, Hurghada, Sharm el Sheikh, Tenerife and Gran Canaria. And many passengers will be pleased to learn that there will be direct flights this year to the two Canary Islands every Saturday.
“The fact we are able to offer direct flights to Tenerife and Gran Canaria this winter means a boost in the quality of our service for our passengers”, says Gerhard Widman, CEO of Graz Airport. “However, what I am most happy about are the great prospects for the future: NIKI is going to offer flight connections to the two major Canary Islands in summer too.”

At the end of March, the weekly flights to Madeira, the island of flowers, will be resumed. The winter flight plan also holds some special flights in store, such as to Marrakech in Morocco and Muscat in Oman.

Check out  "Flights & Travel" for all flights on a day-by-day basis.