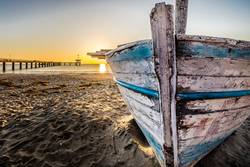 Take to the skies to answer the call of the sea

The summer timetable for Graz Airport took off yesterday.

Feldkirchen bei Graz, 01. 04. 2019: Traditionally the summer timetable goes into effect on the last Sunday in March. Holidaymakers and travel enthusiasts can expect a colourful and diverse range of destinations to choose from over the next few months. In addition to the familiar holiday destinations so beloved by the Styrians, there are again some new flight destinations to whet the appetite.

“The tour operators offering holidays departing from Graz have again laid on a wide and varied range of offers,” stated Mag. Gerhard Widmann, Managing Director of Graz Airport. “They include, for the first time, holiday charter flights to Sharm el Sheikh, along with single charter flights to Athens and Lamezia Terme as well as Boa Vista on the Cape Verde islands.“

How about a taste of Greece, Italy or Egypt? And perhaps a touch of Croatia, Spain or even Bulgaria to follow on?

The most popular country for holidays, based on the number of flight destinations offered, is again Greece: there is a grand total of 11 destinations to choose from, including the islands of Santorini, Rhodes and Corfu, the mainland destination of Thessaloniki, which acts as the gateway to the beautiful Halkidiki peninsula; and now additionally in May and June single charter flights will fly to the capital Athens.

The most flights go to the destinations of Antalya (up to four per week) and to Palma de Mallorca, Rhodes and Heraklion, each with up to three return flights per week.
As far as flights per island are concerned, Crete most clearly has its nose in front, as Chania is also on the flight timetable alongside Heraklion.
After a long gap, Sharm el Sheikh is back in the programme; as a result there are 3 different flight destinations to choose from in Egypt (in addition to Sharm el Sheikh there is Hurghada and Marsa Alam), and a total of up to 4 flights per week.

For the culture vultures – city breaks and round trips
Various single and short-break flights are again proving to be popular this summer – offering both excitement and variety, they provide something to suit every taste, either as a short break or a round trip. They include Boa Vista, Bari, Lamezia Terme, Palermo, Porto and Sal as a choice of destination.

Discover the world with scheduled flights
Graz Airport will again be offering an impressive scheduled flight programme this summer, with around 140 departures per week.  The many flights going to the large hub airports of Amsterdam, Frankfurt, Istanbul, Munich, Vienna and Zurich, as well as to Berlin, Düsseldorf and Stuttgart, allow not only business travellers but holidaymakers too to journey rapidly to every corner of the world, shrinking distances and bringing us all a little closer together.

Graz Airport...the world at your fingertips!

You can see details of the summer flight timetable at: www.flughafen-graz.at