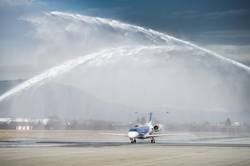 The service will be increased to four departures per week from and to Birmingham from the middle of March.

Feldkirchen bei Graz, 27/ 02/ 2017: Today, at 10. 40 am the first machine will land – a modern 49-seat jet of the Embrear brand -  of the airline bmi regional from Birmingham in Graz. In the first few weeks, the two cities will be connected with one another twice a week by this direct flight; then from the middle of March four times per week. The flight times are especially designed to meet the needs of business customers, a trademark of bmi regional. However, private travellers from Birmingham and Graz will also profit from the new connection.

Jochen Schnadt, CCO Chief Commercial Officer of bmi regional: "With this new connection between Graz and Birmingham we are consistently continuing our strategy to develop customised products for business trip travel. Based on our business orientation and our fleet at bmi regional we have the possibility to develop regional connections, in all places where there are strong economic potentials between regions, however these are not sufficiently or not serviced at all with flight connections that are suitable for business trips. In a globalised world with geographically extensively networked Supply Chains, potentials are therefore created, which bmi regional can cover coordinated and optimised to the needs of the customers. In order to thus be able to put a connection such as Graz – Birmingham, as also today, into actual practice, however the symbiotic cooperation of many parties is required – together with Graz Airport, the state of Styria, as well as the city of Graz, however of course also the companies and business people both in Graz as well as in Birmingham, we succeeded in this here and, therefore, we are looking at the future optimistically that we can make this project a success for our customers as well as all parties involved."

How the product is customized to meet special customer requirements at bmi regional is also proven by a further innovation that was especially developed for the Birmingham – Graz route: Together with Graz Airport and interested companies, such as e.g. Magna, a new cargo product was developed, which especially focuses on "Just in Time" packages, documents and High Priority shipments. The first package was already delivered from Birmingham to Graz on today's first flight.

What many people do not know: Birmingham with a population of more than 1.1 million is the second largest city in Great Britain, the heart of the West Midlands. It is a modern metropolis with many service companies, whereby there is a very special close relationship between Graz and Birmingham due to the strong orientation to the industrial sectors of automotive, railway and aviation.

"The direct flight connection to Birmingham strengthens Graz Airport as a regional hub and opens up new markets for export-oriented companies and for tourism!" – the State Minister of Economic Affairs Christian Buchmann sees major opportunities for the location of Graz.

Wolfgang Malik, CEO of Holding Graz – Kommunale Dienstleistungen GmbH: "The example of the new connection to Birmingham once again shows the target-orientation, with which the owners and Graz Airport work. After the new connection to Amsterdam, the connection with BMI to Great Britain is a further milestone of our international airport."

Wolfgang Vlasaty, Managing Director of Mobilitätscluster ACstyria: "There have been excellent business relationships to the region around Birmingham – the Midlands – for many years. Owing to the many companies from the automotive, railway and aviation industry based there, one could also describe it as a sister region of Styria. The flight connection Graz – Birmingham therefore represents a magnificent opportunity for the more than 260 partner companies of ACstyria to expand existing co-operations or to develop new business fields. London can also, by the way, be reached in slightly more than one hour due to the good train connection from Birmingham. Graz has become a gate to the wider world in the last few years; we are very much looking forward to the perspectives, which are made possible for us hereby." 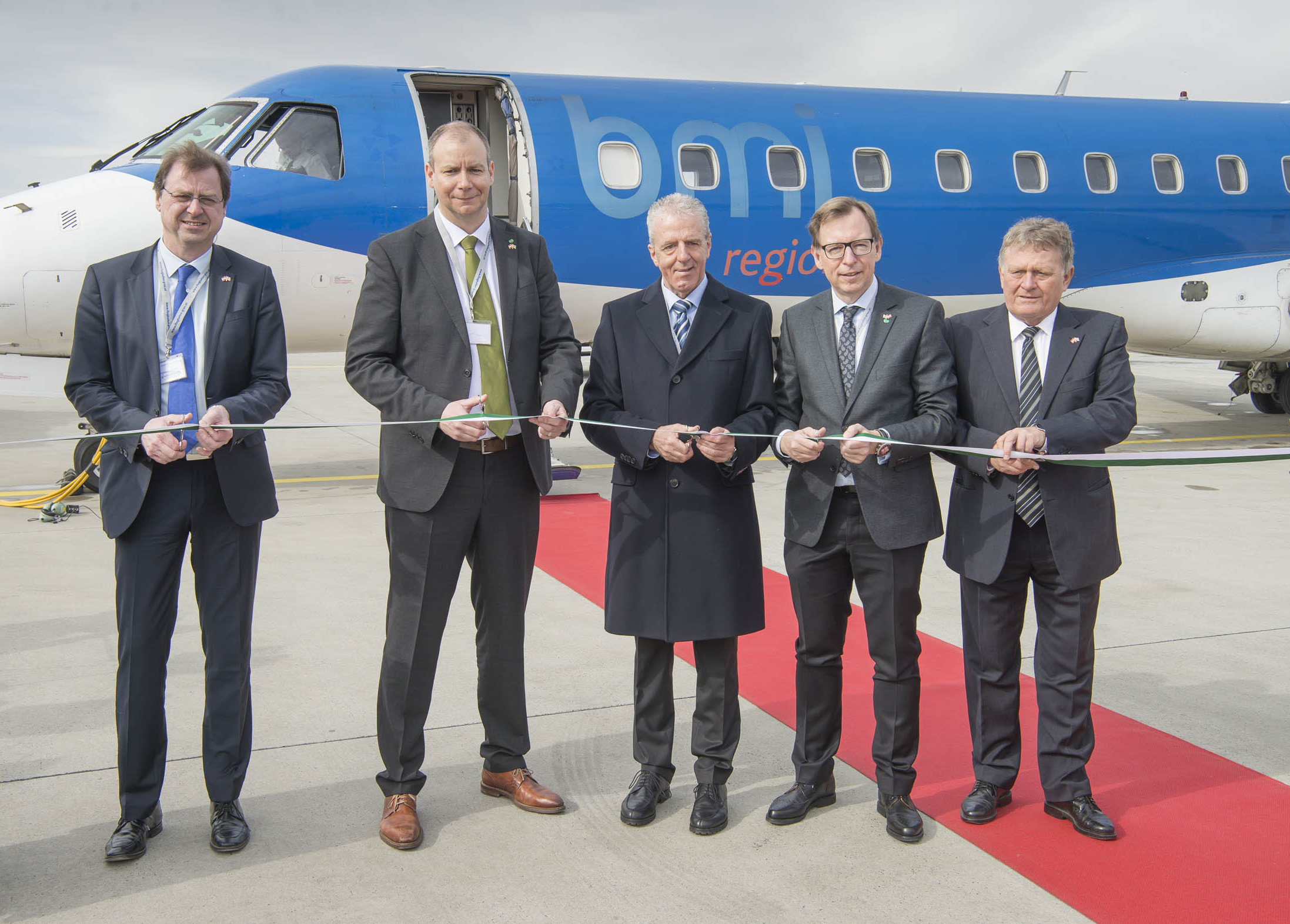 Birmingham is located in the "Midlands", in the heart of England. From Birmingham Airport there is an express train connection up to 6x per hour to London in just under 75 minutes. There are also further express train connections to Manchester and Liverpool. In addition, Birmingham also offers the ideal starting point in order to explore North Wales together with Snowdonia National Park as well as to visit Stratford upon Avon, the place of birth and work of William Shakespeare.

Graz is not only the first destination of bmi regional in Austria, the two second largest cities of the respective country are also connected with one another for the first time by the new flights.

"We are of course definitely a little bit proud that Graz Airport is the first airport in Austria to be included in the destination network of bmi regional", Mag. Gerhard Widmann, Managing Director of Graz Airport, declares. "It is certainly nice to see that our permanent efforts to extend the offer of destinations for the business and tourist location Styria, is bearing fruits."

The price for a one-way flight from Graz to Birmingham incl. taxes and service charges starts at € 99.-. This includes 23 kg free baggage, 12 kg hand luggage and free snacks and drinks on board. The price is deemed per person and is to be booked according to availability via: www.flybmi.com.

About bmi regional:
bmi regional has a pure jet fleet with a total of 18 aircraft: 14 of the types Embraer 145 and 4 ERJ 135. The airline currently carries out more than 400 scheduled flights per week to 34 destinations in 12 European countries and has more than 400 employees. After 2015, bmi was also once again distinguished in September 2016 with the Munich Exchange Award. The route network of the carrier includes Oslo and Stavanger in Norway, Brussels in Belgium; Esbjerg in Denmark, Bremen, Rostock, Frankfurt, Hamburg, Düsseldorf, Munich and Nuremberg in Germany; Milan Bergamo and Milan Malpensa in Italy; Graz in Austria; Paris und Toulouse in France; Brno in the Czech Republic; Lublin in Poland; Norrköping, Karlstad, Jonköping und Gothenburg in Sweden as well as Aberdeen, Birmingham, Bristol, Derry, East Midlands, London Stanstead, Newcastle, Norwich und Southampton in Great Britain.

In the first two weeks bmi regional is flying the route twice a week (once on a Monday morning and once on a Friday afternoon). From 13 March the flights will be increased to four per week: two on a Monday, one on a Thursday and one on a Friday:

The flights can be booked on www.flybmi.com.