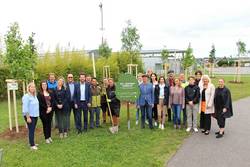 Avenue of trees at the Airport

As part of the Ökoprofit campaign, Graz Airport provides space for newly planted trees. Now ÖKOPROFIT’s first avenue of trees has been created at the Airport.

With the motto “ÖKOPROFIT plants trees and creates habitats”, this year ÖKOPROFIT has been looking for companies which would either plant trees, or even make sites available to other companies for planting. Graz Airport was also very pleased to get involved. So 20 different large-crowned trees have been planted on land at Graz Airport by various companies and by the municipality of Feldkírchen, as well as by the ÖKPROFIT team at the Graz Environment Agency.

Airport is home to ÖKOPROFIT’s first avenue of trees

In total, 20 large-crowned trees which are five metres in height have been planted by 17 companies and the municipality of Feldkírchen, as well as by the ÖKPROFIT team at the Graz Environment Agency. The trees were provided by the Ledolter tree nursery, which also participated in the campaign with two honey locust trees. All the tree sponsors are shown on a panel in the airport entrance area.

In its lifetime, one large-crowned tree binds approximately 10 kg of CO2 a year
It is not just during heatwaves that we are aware of the crucial role trees play for a pleasant microclimate; they are also important for biodiversity. Countless different insect species, birds, and also pine martens, bats and squirrels make their home here.

ÖKOPROFIT is an environment programme from the Graz Environment Agency, which benefits the environment and the economy.
Graz Airport has already been involved in this programme for many years, and has received awards 23 times for its environmental achievements.


“The only crowns that are of true value are those of trees.” (Markus Keimel)


Comments can be found in the press release. 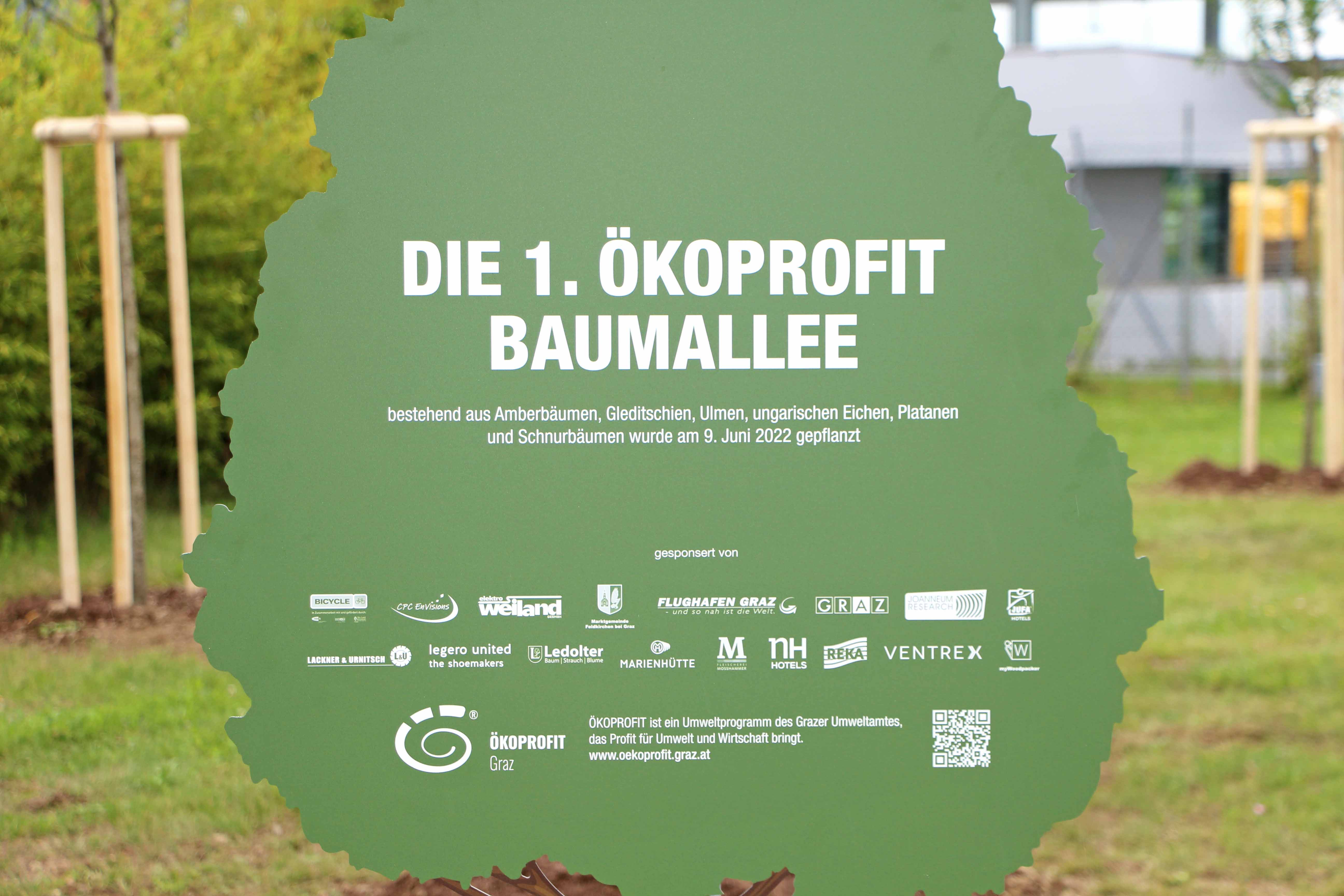